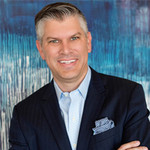 Executive Chairman, Board of Directors

Phil Hartstein is Executive Chairman at Finjan.  Before joining the Board, Phil was President and Chief Executive Officer of Finjan Holdings, Inc. dating back to 2013 where he oversaw the direction and management of the public company prior to being acquired in a take-private transaction led by Fortress Investment Group.

Mr. Hartstein has worked in a number of technology and intellectual property related roles for over a decade. He started with a boutique IP law firm, worked in an in-house IP function for a VC funded startup, spent time in IP consulting and IP brokerage firms, and prior to joining Finjan spent four years with two groups focused on bringing both private and public market capital, expertise, and credibility in licensing and enforcing patent rights on behalf of owners.

Mr. Hartstein holds a BS in industrial technology from California Polytechnic, San Luis Obispo. He is an active participant in industry organizations, is regularly invited to speak on a number of patent monetization related topics from third-party litigation financing to capital market trends, and is a named inventor and patent holder with more than two-dozen pending and issued patents across a number of disciplines. 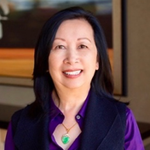 Ms. Mar-Spinola has dedicated nearly her entire career in intellectual property law, with emphasis on patents, technology, policy, and mentorship in these areas for the next generations of IP professionals.  She has successfully represented high technology companies of all sizes and business models, including significant technology companies and individual inventors alike, in the courts and ITC.  Prior to joining Finjan, Ms. Mar-Spinola has served as General Counsel or VP of Legal for several Silicon Valley companies, including Kleiner Perkins-backed thin-film solar start-up, Alta Devices, Inc.

Ms. Mar-Spinola is a co-founder of the renown women’s organization, ChIPs, a global 501(c)(3) non-profit corporation dedicated to advancing women at the confluence of law, technology and regulatory policy, and served as ChIPs’ Chairwoman from 2005 through 2016. Since 2011, Ms. Mar-Spinola has served as a court-appointed mediator for the US District Court for the Northern District of California, specializing in complex patent disputes. In 2014 she joined the High Tech Advisory Board of her alma mater, Santa Clara University School of Law. In 2015 Ms. Mar-Spinola was appointed by the U.S. Secretary of Commerce to serve on the prestigious Patent Public Advisory Committee (PPAC), which reviews the policies, goals, performance, budget and user fees of the USPTO operations and advises the Director on these matters. In August 2019, Ms. Mar-Spinola was appointed to serve as the Vice Chair of the PPAC through the 2019 term and the Chair of PPAC in 2020.

Ms. Mar-Spinola is a member of the California State Bar, the Federal Circuit Bar, the U.S. Supreme Court Bar, and a licensed Patent Attorney, and is dedicated to the rise and advancement of all under-represented classes of inventors and innovators in the science, technology, engineering, arts, and math (aka STEAM). 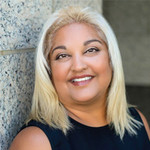 Sharmila is the Controller, Senior Director of Finance at Finjan Holdings, Inc.  Sharmila has over 20 years of progressive experience in providing quality accounting support in diverse business environments both public and private. Proficient in all facets of finance and accounting, including extensive GL reconciliations / financial reporting / consolidations / audit / HR administration and ERP implementation. One of her major strengths is the ability to analyze and learn a business, document business processes and procedures, and support the team.

Prior to Joining Finjan, Sharmila served as Operations Controller at Jawbone (makers of wearable technology – “UP” band), where she managed a successful transition from a simple accounting solution to ERP solution supporting phenomenal growth in her 5 years of tenure. 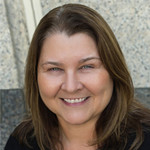 Ann Taylor is Senior IP Specialist for Finjan Holdings, Inc., where she works under the auspices of the CIPO and the VP of Legal Operations, and oversees the day-to-day legal operations in the areas of IP enforcement, prosecution, and licensing for the Finjan Companies.

Ms. Taylor has spent over 20 years in IP-related law and business operations. While working at the national law firms of Heller Ehrman and Covington & Burling, she supported a number of high-tech companies with their patent enforcement efforts, some progressing through complicated, multi-week trials before the International Trade Commission or in various district courts throughout the US.  She has expertise in all phases of litigation management, including e-discovery, legal research, claim construction, PI hearings, and trials.

Ms. Taylor also worked with inventors and technology specialists in the area of IP portfolio development at a startup, where her role required coordination and assistance with patent prosecution for a large patent portfolio (both domestic and foreign), as well as tracking complex priority claims, maintaining and organizing prior art libraries, and managing day-to-day business operations.